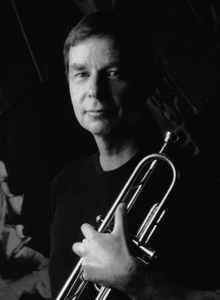 Originally, he had been a trumpeter, involved in a lot of bands and projects, but he started the career as producer in the process.
He had produced a lot of successful musicians and bands, including Loverboy, Bon Jovi, Aerosmith, Van Halen, and so on.

Death: May 17, 1999 // His own home in Vancouver, Canada.
The body was found by Jon Anderson and the manager of his house. The cause of death has never been revealed.
Sites:
Wikipedia
In Groups:
Fast Forward (6), Sunshyne (2), The Margarita Horns
Variations:
Viewing All | Bruce Fairbairn
B. Fairbairn, B.Fairbairn, Bruce Fairbaim, Bruce Fairbeim, Bruce Fairburn, Bruce Faubaun, Fairbairn