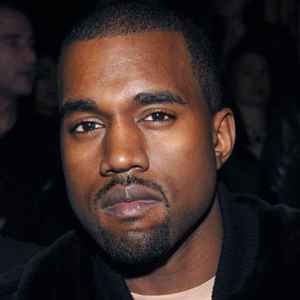 Real Name:
Ye
Profile:
Ye (born Kanye Omari West on June 8, 1977) is an American rapper, singer, songwriter, record producer, and fashion designer. His musical career has been marked by dramatic change, spanning an eclectic range of influences, West is one of the most acclaimed musicians of his generation. Over the course of his career, West has been responsible for cultural movements and progressions within hip hop and popular music at large. Outside of his music career, West has also had success in the fashion industry.

May 14, 2022
Kanye was once a great producer... It was the “808s & Heartbreaks” album that his music started to change, but also his personality... His ego killed him, mentally & emotionally... In a way, you got to feel sorry for the bloke...

His first 3 official albums will always be classics, especially “Late Registration”, and the 3 bootlegs/unofficial volumes of “Freshmen Adjustment”, those CDs are great!
See 1 reply

November 14, 2015
his haters want to think of him as a pop artist, but if pop were more like him then i think the world would be a much better place. he is one of the few dudes in the mainstream who manages to be insanely experimental and bring influences from a large range of places and still be making head nodding bangers that manage to hit the charts. an okay rapper, good lyricist, great producer and manages to bring that all together to make some of the most game changing albums in pop-rap.

Say all you want about Kanye's ego, but he is a great artist. Look at how far he's come! He's been able to transform himself from a pop act to experimental hip hop. Remember "Stronger"? Yeah, I do too. But if you were to listen to Yeezus in 2004, you wouldn't believe your ears. This metamorphosis is something that a lot of legendary artists did sometime in their career: the Beatles, Beach Boys, David Bowie, Marvin Gaye, etc. Is he "the best?" I don't know about that, but he's a damn good artist, and it's a shame that people rate his performance based on how he acts off the stage.

May 5, 2010
Kanye West has always been someone that I have has mixed feelings about. But all I know, is one thing about him is that he is a brilliant producer. His productions to his work are phenomenal. Click on the little play button on the video to the right of you and listen to it. "Late" is a perfect example of what I have to say about him. Is that not a beautifully crafted piece of production work. Let's be honest; it's brilliant! It is filled with loads of emotion that tear you from the inside. That's what I call good production. But you see, this song also proves my other point; his lyrical flow is as whack as no one's business. I actually don't blame Roc-A-Fella for wanting him to JUST be a producer. Because he is a horrible rapper; but his production is one thing I have to say about him. Another problem of Kanye West, is how many whack artists he collaborates with. Just to name a few: Lil Wayne, T-Pain, Young Jeezy, Paul Wall, etc.

So basically, if you can get past Kanye West's horrible singing and rapping, then he is a great artist. But if you just can't, he pretty much sucks and he's a sellout. Let's put it at that.

October 14, 2007
In a short span of time, Kanye West went from hitmaking producer to just plain hitmaker, as his stellar production work earned him a solo record deal and soon his beats were accompanied by his own witty raps on a number of critically and commercially successful releases. His flamboyant personality also made a mark. West showcased a dapper fashion sense that set him apart from most of his rap peers, and his confidence often came across as boastful or even egotistic, albeit amusingly. This flamboyance, of course, made for good press, something West enjoyed plenty of during his sudden rise to celebrity status. He was a media darling, appearing and performing at practically every major awards show (and winning at them, too), delivering theatrical videos to MTV that were events in themselves, and mouthing off about whatever happened to cross his mind. For instance, he once spoke out against the rampant homophobia evident in much rap music, and he also posed for the cover of Rolling Stone as Jesus Christ. He seemed to court controversy. West's steady presence in the celebrity limelight, on the other hand, could sometimes eclipse his considerable musical talent. His production ability seemed boundless during his initial surge of activity, as he not only racked up impressive hits for himself like "Jesus Walks" and "Gold Digger," but also graced such fellow rap stars as Jay-Z and Ludacris with smashes. In addition to these many accomplishments, it's worth noting how West shattered certain stereotypes about rappers. Whether it was his appearance or his rhetoric, or even just his music, this young man became a superstar on his own terms, and his singularity no doubt is part of his appeal to a great many people, especially those who don't generally consider themselves rap listeners.

Known for his explosive drums, sped-up samples, and his great fashion sense. This producer has crafted classics, ranging from the great lyricist, Jay-Z, to reviving Common back into the rap game. Being through a near-death experience in a car crash, Kanye West has proven himself that not even fate can stop him from taking the rap game by storm. This soul infused producer has been throwing punches that has helped him climb the charts after two album releases. Let it be known that, Kanye West is here to stay, and to lift the hip-hop game even higher.