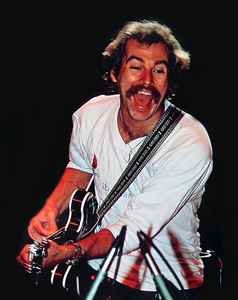 January 5, 2022
As far as I know the discogs bio is incorrect. Jimmy Buffet was not in the film club dread nor did he write/compose any of the music for the movie. Coconut Pete is played by Bill Paxton (RIP) and the songs most likely wrote by the guys in the broken lizard crew.
Reply Notify me Helpful

November 22, 2020
The only country artist I actually like. (Unless you count the Eagles, and I guess Johnny Cash)
Reply  See 3 replies Notify me Helpful