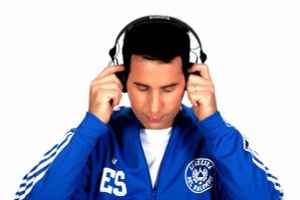 Real Name:
יהל שרמן (Yahel Sherman)
Profile:
Yahel Sherman was born in Ma'alot-Tarshiha, Israel on May 12, 1976. He is a music producer and DJ.

Yahel Sherman is one of the most popular DJ/Producers to rise from Israel, performing all over the world with his unique sound.
Yahel was ranked at the respected 28th position in the top 100 DJ’s worldwide contest held by DJ MAG (2006-2007).
He is known for massive hits like Waves Of Sound, For The People, Voyage, Intelligent Life, Inta Omri, Atmosphere, Avalanche, Electro Panic (with "Infected Mushroom") and Soul. His track were remixed by names such as “DJ Tiesto”, Armin Van Buuren” and "Paul Oakenfold".

Yahel started Djing when he was only 14 years old. He released his first track in 1999.

In the year 2000, Yahel had released his debut studio album, For The People. The album had received massive support, especially thanks to the massive hit 'For the People' which got remixed by a lot of other producers. The meaning behind the album's name was that his music was literally made for everyone, as the name suggests..'For The People'.
Sites:
djyahel.com, Facebook, SoundCloud, MySpace, Twitter, YouTube, instagram.com
Aliases:
Avalanche, Yahel Sherman
Variations:
Viewing All | Yahel
DJ Yahel, Dj Yahel Sherman, Sherman, Vahel, Y. Sherman, Y.Sherman, Yahel Sherman, Yahel Shermon, Yahel's Private Collection

Super Set 4 contains 4 tracks from my new E.P called "Where Do I begin ". Also contain unreleased remixes of my tracks & my favorite tracks for the moment.