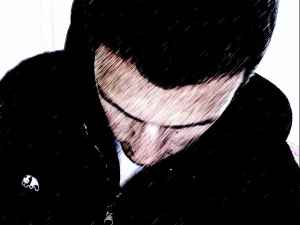 Profile:
Emerging from the shadows at the beginning of 2009, Frank Booker has seemingly come from nowhere to unleash a barrage of Disco fueled bombs on unsuspecting dancefloors worldwide. First signed to boutique London record label, Untracked Recordings, Booker released the 'Brothers EP', featuring 3 choice cuts, swiftly marked him out as an emerging artist to watch, gathering record of the week at Piccadily Records UK, and also rocketing to the top of the sales charts on Juno Records. The follow up, 'Paper Cuts' b/w 'Get On' cemented his growing reputation and lead to remixes alongside Recloose for Latin Grammy winners Los Amigos Invisbles (Lovemonk Records, Spain), and Based on Kyoto (Japan).

As a DJ, Frank's music spans a wide array of quality dance music: From deepest Disco, to 80's boogie and quality modern house, as well as some super special re-edits all put together with a focus firmly on the dancers.
Sites:
Facebook, SoundCloud, Bandcamp
Aliases:
Chris Cox (2)

Watchlist by zarazny
This is the Shit! by riot
Favorite Artists by lenchilada
View More Lists →