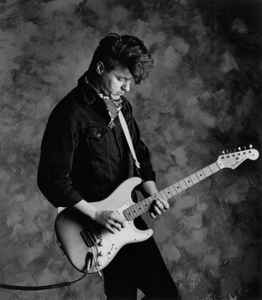 Real Name:
Curtiss Almsted
Profile:
Prominent Minneapolis rocker/shouter from the mid-seventies to present. Guitarist and singer/songwriter, AKA "The Dean of Scream." Occasionally lists himself on the performance credits of related projects under the alias Buzz Barker.

When performing live the bill usually reflects "Curtiss A and (a band)...", as in "Curtiss A and The Jerks Of Fate," but none of his Twin/Tone LPs reflect a backing band by name and all are attributed to the all-encompassing artist name "Curtiss A."
Sites:
Wikipedia
Aliases:
Buzz Barker, Curt Almsted, Mr. Midnite
Variations:
Viewing All | Curtiss A
Curtis A., Curtiss A.