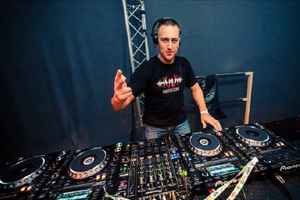 The first HMV-performance was in December 2001 at the Hell Rave-Hardcore
University and it was a great success. In May 2003 HMV got a record deal
with H2Oh Recordings - their first Vinyl “World of Core (H2O55)” was released.