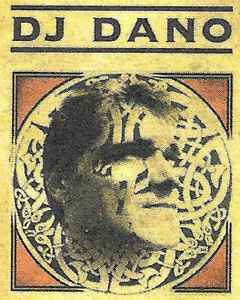 Daniel Leeflang has been DJing from circa 1989, he was a regular DJ @ FRD's clubs Planet E and Subtopia, Transit and Amnesia, Manic Monday with Jeroen Flamman (FRD) @ Mazzo and Multigroove and on the first Hellraiser parties.

Used to have a radioshow named Acid Explosion (later) Grooveyard on Amsterdam based radio pirate Radio 100 from the late 80s til mid 90s inviting local and international guests.

In the Multigroove he, The Prophet, and Fred Berkhout also got the idea for Mokum Records.

He says he made hardcore-like tracks, even when the name hardcore wasn't invented yet.

He is seen as a cult-artist, because of his cross-overs and trips with people like Fear Factory and Herman Brood.

Together with Gizmo, Buzz Fuzz and The Prophet he was part of The Dreamteam and started producing on the Dreamteam Productions label of ID&T.