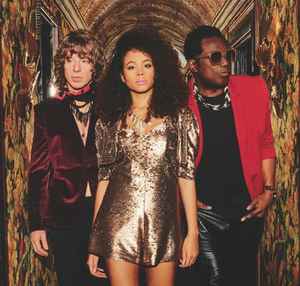 Profile:
One of the most successful acid jazz/UK funk groups of all time. Lead vocalists over the years include Linda Muriel, Jay Ella Ruth, N'Dea Davenport, Siedah Garrett, Carleen Anderson, Nicole Russo, Honey Larochelle, Dawn Joseph and Sulene Fleming. All but the last two have appeared on lead vocals on the group's records. The group enjoyed the most success with N'Dea Davenport in the first half of the 90s. Davenport returned to The Heavies for the "Get Used To It" and "Live In London" albums, after which the latest vocalist Dawn Joseph gradually took over lead vocal duties. Joseph and the drummer and co-lead vocalist Jan Kincaid, one of the founding members, both left the group in late 2015 (and soon formed MF Robots). N'Dea re-joined the band for their 2016 tour.

April 1, 2020
Brand New Heavies is a great acid jazz/soul/funk band, they are my favorite! In the same line as Incognito & Jamiroquai. They epitomize the 90's soul/funk scene to the best! Their discography is awesome! Check them out!

November 21, 2019
Hello, Im interested in the LP VINYL of Brand New Heavies (HEAVY RHYME EXPERIENCE). Would you ship it with a a different courier rather than not the US Postal Service? On express shipping?

What a bunch of beautifull tracks they have made through out the years.