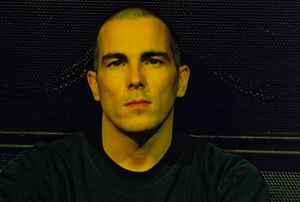 Real Name:
Benjamin Pettit
Profile:
DJ Zinc, is a DJ from the United Kingdom. Zinc first became known for 1995's "Super Sharp Shooter", a hip hop/jungle fusion. He went on to produce drum and bass, breakbeat and more recently house music.. Zinc's career as a DJ and producer, however, stretches quite a ways further back, sketching the steady evolution of hardcore from its house and rave roots through ragga and hip-hop-styled hardstep and beyond. He's worked with a broad range of labels, both respected and virtually unknown, done time on the pirate radio circuit (Impact FM, Format FM, Eruption FM), and DJed as a resident at some of London's most popular underground clubs.

Zinc's first production work came in the form of the eight-volume series Swift and Zinc, released on The Dream Team / Joker Records' The Bizzy B's Brain Progression imprint in the early '90s. The collaboration came to an end in 1994 when Swift (3) decided to focus on garage and house (the two still share studio space). Remarkably, "Super Sharp Shooter" became Zinc's solo debut, and he's since released a number of popular tracks, although none have scaled the heights of his first. From mid 90ies to mid 2000s he was recording with DJ Hype, Pascal, and Rude Bwoy Monty as part of The Ganja Kru (for MCA sublabel Parousia), as well as for Hype's True Playaz label (as DJ Zinc and Dope Skillz). He also runs Bingo Beats for breakstep etc material.
Zinc's career as a DJ and producer stretches the steady evolution of hardcore from its house and rave roots through ragga and hip hop-styled hardstep and beyond. In 1991 he began his radio show with then partner dj swift on London's impact fm. He continued to DJ on various pirate radio stations, including Rinse fm while it was a pirate, and has continued since it was awarded a license in 2011[2]

He continued to DJ on a regular basis, and was one of the first drum and bass producers to score with the 2-step garage market courtesy of his 1999 single, "138 Trek".[2]

His productions have been relatively popular outside the drum and bass scene, most notably in the breaks genre under the pseudonym Jammin. He reached No. 27 in the UK chart with "138 Trek" in November 2000.

Zinc produced and DJ'd as part of the Ganja Kru and True Playaz collectives, often in association with DJ Hype from 1996 to 2002. He ran the Bingo Beats record label, which released both drum and bass and breaks records from 2002 to 2008. He has been known to release records under the alias of Dope Skillz, Jammin and Jelly Jams plus others.

In 2001, Zinc released a remix compilation album of his own productions called Beats By Design which included "138 Trek". By August 2004, he released his second album, Faster, a concept album of sorts. The album, as the name suggests, ups the tempo little-by-little for each song. The title track and album opener, epitomises this and is a grimy crawl through bass and beat that speeds up from 40bpm into the early 100s by its end.[3]

In 2007, Zinc stopped making and playing drum and bass, citing "disenchantment with the scene". He started producing again in 2009 with a fusion of deep house, funky house and fidget house, which he believed did not fit into any of these subgenres. He later named his new sound "crack house".[4]

November 20, 2020
big fan of how this guy can change a sound in his releases not to forget his aliases.

February 28, 2019
djsonar is correct. Zinc was so on point and sounds coming through now (2019) are just catching up with some of his ideas. I also have a massive soft spot for his version of hip hop tunes. You can pick this guys stuff up cheap but don't be fooled, it's better than most the hyped up over priced material that collectors idolise.

June 23, 2012
A true pioneer in music, for me one of the very few artists who was both a fantastic producer and a skilled DJ as well. He has always had a defined sound and for me tracks like 138 trek feel like 15 years ahead of time when you hear a lot of music coming through now. For me Casino Royale is one of the most unique and atmospheric drum & bass tracks of all time and I can assure you that people will look back in fifty years time and still feel the same way.