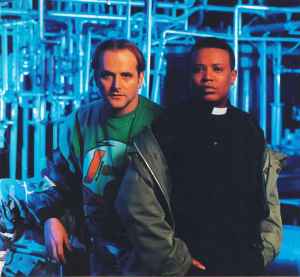 Real Name:
Emil Hellman
Profile:
(1992–1995)
SoundFactory was a short-lived Swedish House act by Swedish DJ Remixer and music producer Emil Hellman with singer James Gicho (credited as St. James) on vocals. The duo was popularly known for their number-one dance single "Good Time" in 1993. Together they produced their only album Product. After providing vocals for singles and an album with Hellman, Gicho ultimately separated with Hellman in 1994. Hellman used SoundFactory as an alias and continued as a solo act.