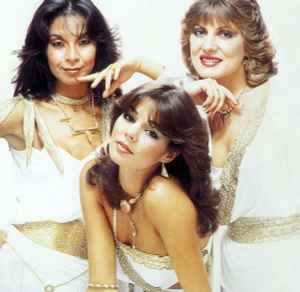 Profile:
German disco group active from 1976 to 1985
Michaela Rose is the only member remaining after a change of line-up that occurred after the first album by the group.
They didn't have much success in their homeland during their active period, but found really big success in Japan, USSR and Eastern Europe.
Lead singer Sandra would later find international fame as a solo artist in collaboration with Michael Cretu, while Jasmin Elizabeth Vetter and Michaela Rose would continue recording after Arabesque split, as Rouge (4).