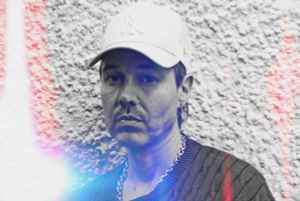 Real Name:
John Lisners
Profile:
Jonny L (often spelled as Johnny L), is a British drum and bass producer. He has also released music under the alias of Mr L and was one half of the UK garage duo True Steppers.

He first came to prominence with the 'rave' single "Hurt You So," in 1992 (That single would later be sampled and looped in the 1997 track "Oh Boy," by The Fabulous Baker Boys).
Before that he was an in-house engineer at Strongroom studios in London. He signed to XL Recordings, the same label as The Prodigy and SL2. He produced more rave singles such as "Ooh I Like It," and "Make Me Work."

In 1995, he changed direction making drum and bass records, beginning with "I'm Leavin.'" With that he produced two other EPs before his first album Sawtooth in 1997. From this album, the hit single, "Piper," proved to be a success even though it was extreme in its sound, although on the album there were other electro-influenced tracks. By 1998 the next album, "Magnetic," carried on in a similar vein.

He left XL to form his own record label, Piranha Records in 1999. He continued to produce singles, but these had a darker sound to them. He released a single on the record label Metalheadz in 2002 titled "Synkronize" / "Phreak." "Synkronize," featured vocal sampling speculated to be from Brian Harvey of East 17. Another album, "27 Hours A Day," followed with the George W. Bush-sampling single "Let's Roll," in 2003.

Jonny also produced True Steppers' "Out Of Your Mind," the hit single featuring Dane Bowers and Victoria Beckham, and also produced "Who Do You Think You Are," and "Do It Till We Drop," for S Club's 2002 album, "Seeing Double." More recently, in 2007, he started a project with vocalist Paul Cumberbatch (aka Paul Vibe, who appeared on some of his singles) called Lo-Rider. They released two singles, the first, "Skinny," was released in 2006, with "Watch Me," being released in 2007. He produced a track called "1 N 2," on Hospital Records, for the compilation album "Sick Music 2," released on 26 April 2010. On 26 November 2012, "Sick Music 3," was released by Hospital Records, which contained his track "Moon."
Sites:
Wikipedia
Aliases:
Baraka, John Lisners (2), Mr L (2)
Variations:
Viewing All | Jonny L
Johnny L, Johnny L., Johny L, Jonny, Jonny L., Jonny l, Jonny.L, L

October 19, 2016
Someone needs to add the Mr L. title to this list as it misses out the incredible Piper 3 track. An absolute belter!!!!
Reply  See 1 reply Notify me 1 Helpful

From his early great rave singles to modern drum & bass tunes Jonny produces great music. He don't follow some trends, don't choose directions created by someone - he creates this directions. Every release has its own, unique style and sound, but you always can determine - this is Jonny L.

He made only three rave releases - but they are essential! Original 'Hurt You So' vinyl contains two amazing mixes of this energizing track. In 'Ooh I Like It' John used his unique technique with trance and acid elements joined with an unsynchronized beat. For me famous remix of 'One Love' by The Prodigy is a much weaker track. The b-side track 'Ansaphone' has really schisophrenic bass lines and girl voice samples, it rulezzz.

Well, what can I say about ‘I’m Leavin’? This is one of the best jungle releases I ever heard! The tracks are wonderful, beautiful, great! These perfect beats, amazing vocals and pure jungle spirit made me a fan for all my future life. I would take only this vinyl with me on an island to live there for years.

Jonny has very beautiful voice – check ‘Listen Right’, ‘Back To Your Roots’, ‘Joe’ or ‘Cumberbatch And Wires’ and ask yourself how many electronic musicians have a comparable talent?

Genius, real genius. One of the best electronic music producers in the world, his place is near famous artists, but he goes his own way, creates labels, check new horizons of sound, and makes the music that he likes to make, not what people like to hear.

August 27, 2003
I have to say that at first I really wasn't into Jonny L. Then I heard 'I'm Leaving' and I was a fan for life. Now I worship at his temple. His 'Magnetic' album is essential and his EP's are even more essential. Great producer!!
Reply Notify me 5 Helpful