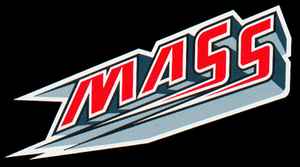 Profile:
Heavy Metal Band from Regensburg / Germany. The only left founding member Günther Victor Radny was the leader of the band throughout.

Mass was founded in 1973 using the name Black Mass. During the 70s they played a progressiv style of blues-rock first, changed to more hardrock, as known from the three albums, released in the 70s. There recordings for an debut-album for United Artists Records never appeared and seems lost. Just one song was released at Various - Rock Offers.