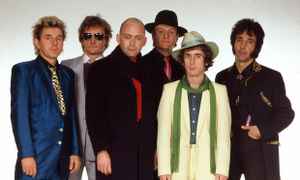 Profile:
The Flying Pickets is a British a cappella vocal group.