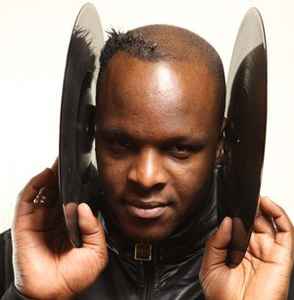 Real Name:
Leroy Small
Profile:
SS is short for Scratchenstein, which is a name he used when he was a hip hop scratch DJ, and a part of the hip hop act, The Formation Five, whose name inspired the name of his record label. He is represented by UMC Management (Underground Music Collective). .

Originally a breakdancer, DJ Stratchenstein began playing electro music as a teenager in the early 1980s. He then played hip hop and rare groove before turning to producing in 1988 initially acid house, hardcore, breakbeat and finally drum and bass tracks.

SS got his big break DJ'ing at the big British raves of the early 1990s such as Telepathy. Since then he has gone on to DJ world wide.

SS is the co-founder (with Eidris Hassam) and head of the Formation Records label, and has released over 100 tracks using a number of aliases. He also co-owned the 5HQ record shop (previously called Sneakers) in Leicester and ran the Fresh FM pirate station.

March 10, 2019
Dj ss has made some timeless tunes! He is one of a certain phew that never got as much respect and love that he truely deserved!
Reply Notify me 1 Helpful

January 24, 2018
Couldn't put a foot wrong and he knew it, cheers for all the Wicked tunes Leroy Small, the rave scene would have been a different place without Formation Records, quality through and through.
Reply Notify me 1 Helpful

November 4, 2014
Prolific talent from then till now. Quality and quantity from SS.
Reply  See 1 reply Notify me Helpful

YES YES DJ SS the original TURNTABLE PSYCHO! At the forefront of UK Hardcore back in 92 with his label Formation. Known for his DnB but was djing and producing quality happy hardcore (along side Jungle) until about 96. His 'Respect To The Following' choon is awesome and should be in every hardcore dj's record box. He has to be doing oldskool nights somewhere still!

August 23, 2002
essential jump up jungle producer, set up formation records in the early 90's and released some of the biggest tracks between '94 and '96, notheard anything new for quite a while and it seems that formation is re-releasing classics as opposed to promoting new talent.
best tracks, grand national, rollidge, vip black
Reply Notify me 1 Helpful