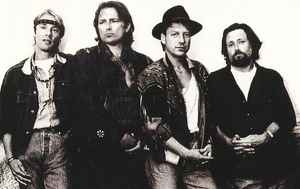 They released 2 albums and the band was then put on hold.