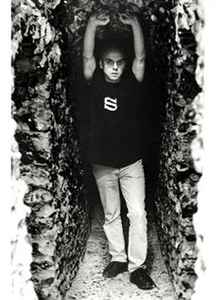 July 14, 2022
A new unreleased album from Omni Trio is forthcoming on 2nd September. Check out his bandcamp for more info: https://omnitrio.bandcamp.com/album/above-the-treeline-rare-unearthed-and-unreleased

As ive said before i wasnt into Drum N Bass but Haigh was indeed a genius. I loved all his tracks that included female voice riffs. Ghost Rider & Future Frontier to name but a few!.

Want your mind blown? Omni Trio made most of his music with an Amiga 500, a very early PC from the 80s, it was unique in that it was an all in one self contained sampling + sequencing system, contrast to other solutions at the time, e.g. seperately connected sampler and sequencer via MIDI cable. In any case, by todays standards these devices were more musical. The reason why lies in the design of the Amiga and shall be explained. The digital to analog chip - codename Paula - was 8 bit. The music software installed was capable of 4 mono lanes maximum - each lane used a dedicated part of the paula converter (4 converters in parallel). The samples loaded in the software arranged across the 4 tracks, initiating the sequence converted each sample INDEPENDANTLY into the analog domain where they were then mixed - Note the streams were muxxed IN THE ANALOG DOMAIN. From here the resultant signal - electricity at this point - would feed the users speakers.

Once happy with the arrangement of samples, the finished mix would be, again output via Paula, but this time also into a tape recorder (digital or analog is irrelevant, but likely a 16bit DAT recorder). The DAT was then sent in the post for vinyl and CD pressing.

Note the mix down still happened in the analog, electircal domain, before being digitised by highly linear, 'perfect' converter of the DAT recorder.

This is a far cry from how music is made today. The main reason why music mostly sucks today, EDM in particular is due to a mis-understanding + mis-applicaiton of digital technology by the thousands/millions of whom take upon it themselves to experiment and release what ever they made using only their mouse and stereo headphones in an aux jack.

The trick is to layer music with paralleled lo-rez converters and THEN digitise the finished work with one high res converter. This was how digital music was introduced, sounds were ALWAYS mixed in the analog domain, including those behemoth synthezisers.. This is why the 80s 'sounded' great - Music taste has little to do with it. 99% of EDM music today is mixed INSIDE the computer and subsequently played through a stereo sound card / device (then to speakers). Here, the signal CANNOT move around like it does with the Paula chipset. No matter how clever software devs think they are, they cannot match the superior (temporal/timing) resolution of universe and even then one would need a super computer. Unlike the Paula, the objective of converters today is 'Accuracy' and their application rooted in 'Transparent Transfer', i.e. transfer of finished mixes to the public in as losslessly a way as possible (in those days, the CD).

If guitar strings, which also generate waves, were transparent, we would not hear them. Synth designers of the olde understood this. Disenfranchised sound card and chipset designers of late do not. A guitar string could be viewed as an non linear 8bit converter give or take infinite time. The same could be said for a all acoustic instruments because physical inertia of the string and that in an electical medium is essentially the same. When string is plucked, the result is chaotic - musical - far from linear. A 24bit converter cannot replicate this because they were concieved to maintain linearity of the passing signal and achieves this by means of digital filters which fuck with the timing of samples as they enter/exit the converter. Therefore anything 24bit is inherantly linear and is thus, not musical.

The distinction between linear converters, (those as initially used for transfer of finished work but later permeated production), and converters like those used in the Amiga (Paula) seems to be largely un-ackowledged by IC and sound device manufacturers, including those used by supposed 'pros'. Listeners, artists, composers, producers, engineers, pro' s depend on equipment manufacturers, who in turn, trust those who design chipsets and the latter are oblivious. Since 1990, the DNA of Electronic music (DNA being the equipment used to make it) has de-evolved, from musical to highly linear un musical. The last of the mohicans, are synthesizer designers - who phased out production in the late 90s as personal computing and music piracy took over. This is the reality. The degredation was gradual enough to go unnoticed, consequently most music today produced sounds less musical by default.

Although lack the of musicality in digital is acknowledged in some production circles, the reason as to why (see above), remains 'a secret' among engineers (unless you've read this far). The proposed workaround, is far from optimal - artists have to ADD musicality MANUALLY using plugins. This is a waste of time considering it can otherwise be done AUTOMATICALLY with properly designed equipment like the Paula to begin with. Omni Trio certainly did not have to worry about making his work sound musical (read: harmonious), it was merely an (un)intentional side effect of the equipment he used. Only the arrangement was his doing. Modern artists inspired by Omni Trio do not realise that the technlogy has changed since - in fact they believe it should be easier - this is the/a problem.﻿

January 9, 2015
Very underrated and easily my most favorite (and possibly the best) DnB artist ever.

Rob was and could still be the best DnB producer ever in the scene. How come you say ? What about Rupert (Photek) or Karl (Dillinja) D-Bridge, Dom (Dom n Roland), DJ Crystl add Tech itch, Krust to!.. and 1 or 2 more.
Rob was a game changer, musically no one touches him. Listen to his first three releases. The vocals, the snares, the melodies, the composition and the beats. Everything fitted, nothing was over cooked or under cooked, he could produce hard dark tunes, tunes full of vocals, it did not really matter because musically it sounded better and still does than the rest. Rob was/is classically trained, so he understands composition and structure of music in general, not many producers do and lets face its not a prerequisite. People see Rob as the sound and vocal man .. he had all bases covered, for me the best there was and still is. Dom and Rupert (Photek) come real close as does Dillinja (never gets enough credit) all genius's in their own right, but for me Rob Haigh (Omni Trio) is the best.

Omni Trio is one of the most influential UK Jungle/DnB producers to my knowledge and I personaly recommend this release to new Drum 'n Bass listeners and Oldskool Ravers, Junglists, and Breakbeat heads. If you haven't already heard, Omni Trio is a legendary pioneer and his music rates a 6/5.

I have all his tracks from then, and so should you!