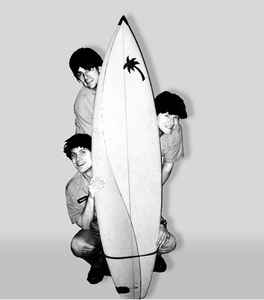 Profile:
Surf-revival guitarist Mark Brodie - previously of Mark Brodie & the Beaver Patrol - formed the Metalunas upon his return to Vancouver from Japan, where he had lived from 1996-97 fronting another surf combo called the Saboteurs. Featuring a rhythm section of Mike Cinnamon (bass) and Rod Moore (drums), the Metalunas made their recording debut in 1999 with X-Minus-One (American Pop Project). “Swingin’ Planet” followed in 2000 on Wildebeeste Records. Their final album, “Instrumentals of Terror” was released in 2002. Members rotated in and out of the group until they disbanded in 2004.
Members:
Ed Frey, Mark Brodie, Mark Cinnamon, Rod Moore