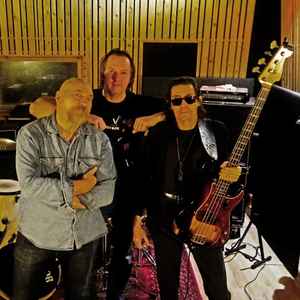 Profile:
British hard rock band from Wakefield, in England, that was part of the NWOBHM. Steve Zodiac formed ‘Quo Vardis’ as a five-piece rock ‘n’ roll band in 1973, and over the next couple of years they toured the Working Men’s Club circuit of northern England. By the time they went fully professional in 1978, they had been through a couple of line-up changes and had dropped the 'Quo' from their name. After releasing four albums they disbanded in 1986, only to reform nearly 3 decades later in 2013. Gary Pearson resigned in December 2014 due to his work commitments outside of music, and was replaced by Joe Clancy in January 2015. After his death in December 2015, Terry Horbury was replaced by Martin Connolly.