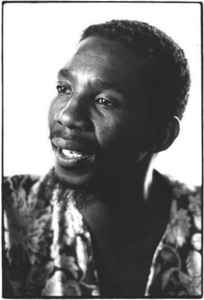 Real Name:
Dr. Philip Nchipe Tabane
Profile:
Born 25th March 1934, Philip Tabane was one of South Africa's longest-running, most respected and innovative jazz guitarists and band leaders, as well as a mentor to those who were part of his percussion-based backing band Malombo.

The most-recent Malombo was made up of Oupa Mahapi Monareng, Raymond Mphunye Motau - both joined Philip in 1976 - and Thabang Tabane, and had a synergy and communication experienced by very few outfits.

A doctorate of Philosophy in Music degree was conferred on Philip Tabane by The University of Venda in 1998 and he was also a winner of the Best Single for 1998 at the Annual FNB Samas for his single Ke a Bereka.

Tabane was born in Riverside, Pretoria where at a very tender age he and two friends formed a trio called The Malombo Jazz Men. Active since the early sixties, he toured internationally but was based in his home country.

Tabane was also the recipient of the South Africa Music Awards (SAMA) Lifetime Achievement Prize and in 1998 was awarded an honorary Doctorate in Philosophy of Music from the University of Venda.