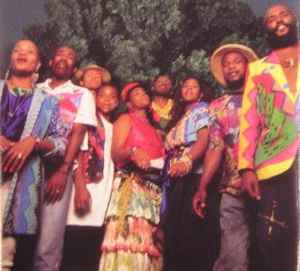 Profile:
Boukman Eksperyans (English: Boukman Experience) is a mizik rasin band from the city of Port-au-Prince, Haiti, Grammy nominated for their debut album Vodou Adjae. The band derives its name from Dutty Boukman, a voodoo priest who led a religious ceremony in 1791 that is widely considered the start of the Haitian Revolution. The other half of the band's name, "Eksperyans", is the Kreyòl word for "experience", and was inspired by the band's appreciation of the music of Jimi Hendrix. The band was at the height of its popularity in 1991 when the presidency of Jean Bertrand Aristide was overthrown in a military coup d'etat. Like many other artists and performers, Boukman Eksperyans fled the country to live in exile. During their time abroad, the band performed and spoke out against the military dictatorship of Raoul Cédras. In 1994, after Aristide was restored to power, the band returned to Haiti, where they continued to play concerts, record albums, and perform at the Carnival celebrations.