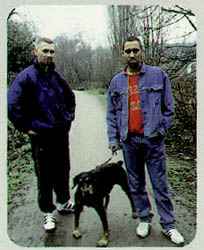 December 27, 2020
After 20 years I finally got around to checking these guys out after regularly listening to the 5 or so tracks on the excellent Cold Cut/DJ Krush collab mix "Cold Crush Cuts". Better late than never! Killer Breaks with a variety vibes and styles and always funky, It doesn't really matter which record or where I drop the needle, its going to kill.
Reply Notify me 1 Helpful