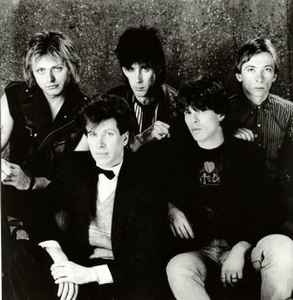 The Cars were one of the most successful American New Wave bands to emerge in the late 1970s, and in the ensuing decade the band racked up a string of platinum albums and Top 40 singles.

In 2006, Greg Hawkes and Elliot Easton, together with Todd Rundgren and Kasim Sulton (both of Utopia) and Prairie Prince (formerly of The Tubes) formed The New Cars and played mainly original Cars material live.

In 2011 The Cars (without Benjamin Orr who had passed away on October 4, 2000) released a new album and went on tour again with Greg Hawkes taking over on bass and Ric Ocasek as sole lead singer.

They are my favorite band period. (Which, if you're a music snob such as I, is a hard honor to get) There isn't a single outright bad album in their catalog. From the hard rock sounds of their 1978 debut, to the groundbreaking synth-driven (no pun intended) sound of 1984's Heartbeat City, they have kept a steady pace since their formation. I hope Ric and Ben are rocking their lives away in heaven.♥ Love you guys.