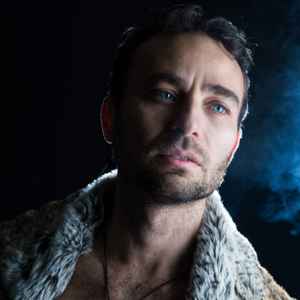 Real Name:
Steven Bernard Gibbs
Profile:
Steve Gibbs was born in Adelaide, Australia in July 1976 and from an early age was drawn to music. Steve has produced many styles of music from hard trance to techno but has established himself in recent times as a very well respected uplifting trance producer. Steve has released numerous singles for well respected labels under various artist names including Antarctica (React), Altitude (Bonzai) and Steve Gibbs (Five AM/Eve). In the last year things have really taken off with Steve's Altitude project being signed onto Sony and looking destined for huge success with the club hit 'Excession'. 'Excession' was one of the Ibiza anthems of the year, with huge support from DJs across the board including Paul Oakenfold, Sasha and Graham Gold. The track has been licensed onto to several major compilations including Pete Tong's Essential Selection Ibiza 2000, Slinky Technique, Gatecrasher and was also included on Judge Jules' first ‘Clubbed’ album.

The follow up single 'Nightstalker' was licensed for Paul Oakenfold's new 'Travelling' album on the basis of a single acetate. Steve has also had two top 50 singles with his Antarctica project on React, which has received a lot of press/radio play and enjoyed support from Nick Warren, Seb Fontaine, Carl Cox and Paul van Dyk amongst others.

In addition to these projects Steve has also released the ‘Electronicat’ single on Platipus, including a mix by current techno golden boys Filterheadz. He also runs his own label, Middle Ground Records.
In addition to this, Steve DJs in various cities around the world. Past gigs have included trips to Hong Kong, New York, Milan and London. Steve describes his DJing style as a blend of all kinds of house music, from deep/tech house through to driving, uplifting progressive, playing the best music from all genres and playing the style to fit the occasion.

He settled back down to do some producing for Platipus in 2002 and promptly unleashed the double A-Side of Tears In The Rain/Marrakech. A piece which helped define the direction in which Platipus’ sound was travelling, the EP incorporated two sides of achingly melodic electronica. Indeed, ‘Tears In The Rain’ was turned into something of an unofficial anthem by Gatecrasher resident Nick Riley.Next, Gibbs will be mixing the as-yet-untitled chillout album upcoming on Platipus. Including tracks from Timo Maas, Paul Oakenfold and Sinead O'Connor as well as stacks of unreleased material.