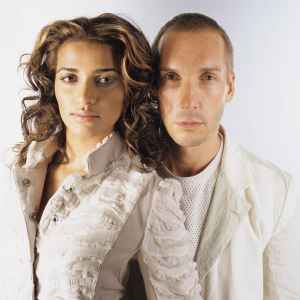 Having shot to fame in 2001 with the massive hit "Rapture", iiO - producer Markus Moser and former vocalist Nadia Ali - have since released further singles and an album entitled "Poetica".

The duo came to work together when Moser was on the lookout for someone to front his productions. A friend had heard Ali sing while she was working for Versace NYC and she was promptly signed up. After singing on "Rapture", "At The End", "Smooth", "Runaway" and "Kiss You", Ali quit iiO in 2005 to concentrate on her solo career.
Sites:
iiomusic.com
Members:
Markus Moser, Nadia Ali
Variations:
Viewing All | iiO
110, I I O, IIO, ILO, Iiio, Iio, Ilo, Jjo, LLO, Lio, Vaiio