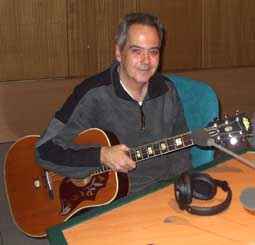 Profile:
Songwriter from writing unusual, rather ahead of its time. He merged the song writing with suggestions made by the Italian new-wave English late 70s. It is also busy producing other artists, like the punk / rock band from Trieste of "Revolver". It has long been disk-jockey for Radio Capodistria. Born in Trieste in 1951, he debuted with the album "Il Mare", produced in 1976 from label "Numero Uno" of Lucio Battisti. The album still immature, proposed a melodic rock, very Mediterranean. Subsequent record achievements are "Ti ricordi, Vienna?", Recorded in 1977 for RCA and "Santi ed eroi" came out in 1979, produced by label "Philips" and distributed by Phonogram. The album is pleasant but modest success. So we must wait several years to see her release a new product. In 1983 proposes evil thoughts, recorded for the CGD, his best-known record, which is however also the last. This is an excellent product, with much original music as well as the lyrics. Although the arrangements are very compact. However, for a while you hear more about him. He recently published a new work, containing unreleased tracks. The album is titled "Europa Hotel" and was published by the EBS. The guidelines of his poetry remain unchanged, the inspiration of his Central European music goes well with the "rudeness" of the Anglo-Saxon sounds.
Aliases:
Vanessa Band, Zot (2)
Variations:
Viewing All | Gino D'Eliso
D'Eliso, G. D' Eliso, G. D'Eliso