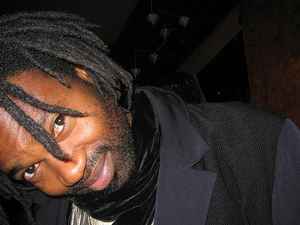 Real Name:
Said Adelekan
Profile:
As a teenager, Said sorted after his sibling’s extraordinary musical interests and collections. At the same time, he was quite connected to my neighbors, Fela Kuti's organization. Said was instrumental in enticing young elite audience to attend Shrine (the late Fela Kuti's nightclub) in support of classmates - Dele Sosimi and Femi Kuti who were then musician with Fela and the Egypt 80 band. In 1984, Said moved from his hometown Lagos, Nigeria to England as a scholar. While in England, Said gained a vast knowledge of the London underground scene. When he moved to the US in 1988, he became extremely close to the work of some legendary DJs and musicians whose music he played in his formative years. While getting an academic business education, Said maintained a strong presence in the San Francisco and New-York's underground scene. By 1995, he began residencies and guest appearances at clubs and private parties in the San Francisco Bay Area, New York and beyond. As a result of Said's talent, he was well embraced in the industry. Said has since been successful in sharing his spiritual gift and insight with friends and colleagues around the globe. He has consistently captured the attention of audiences worldwide with his DJ skills, outstanding events and music production. Currently, he has a score of releases on labels like Wave Music, Ibadan Records and Chez Music, NY.
Sites:
MySpace, fatsouls.com
In Groups:
Lagos Nagoya Players Association
Variations:
Viewing All | DJ Said
Dj Said Ft. El Jans, Said, Said Adelekan, Saïd