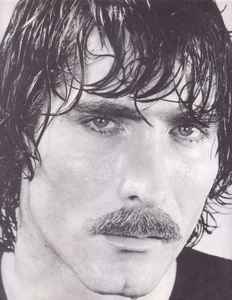 Real Name:
Dennis Posa
Profile:
Dennis Parker aka Dennis Posa aka Wade Nichols was an American actor and singer born in Freeport, New York. [October 28th 1946 -- January 28th 1985] Parker is best known as a TV actor who successfully transitioned from adult films to mainstream TV shows and Soap Operas. Under the name Wade Nichols he starred in numerous pornographic films (including "Take Off") prior to taking the role of Detective Mallory on the ABC daytime soap opera (1979-84) "The Edge of Night". As a singer, he recorded one disco album, produced by Jacques Morali. Seriously ill by October 1984, Posa was unable to continue working on The Edge of Night, and his character was written out of the show. The show was cancelled months later as Parker died January 28, 1985, due to complications of AIDS.
Sites:
Wikipedia, therialtoreport.com, therialtoreport.com
Variations:
Viewing All | Dennis Parker
D. Parker, Denis Parker, Dennis Parking, Parker

February 29, 2012
Dennis Parkers real name was not "wade nichols" it was Dennis Posa, he live at 25 east 38th st nyc ,He was a carpenter and gun enthuist b4 show business, I lived w him for 4 yrs
Reply Notify me 15 Helpful