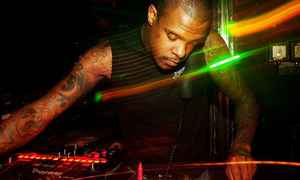 June 17, 2017
This producer is so underrated nowadays. His remixes skills are excellent and he was very innovative 10 years ago.