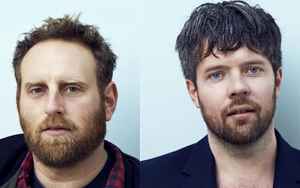 February 10, 2016
If Depeche Mode were Canadian and on Zoloft they'd be called the Junior Boys

December 13, 2007
A real class band to discover, their synth pop tunes are devoid of cliche and contain grooves and twists not often heard in the genre. Not a bastard crossover though you can hear Electronica, Cinematic and Dance influences, all executed with high quality production, a glistening blend of analogue and digital composing. And what does make a band special and stand out among the crowd? Right, a trademark sound, and that is definitely present with only two albums released so far. I sure hope lots will follow!