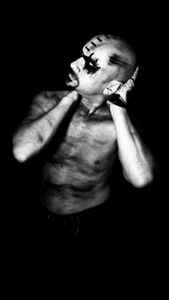 Real Name:
Rich Mills
Profile:
Formed in 1999 (A name change from Constructive Noise), Global Citizen went on to self release a whole catalogue of material on hand made cdr's before eventually signing to RebCo Records in 2007 off the back of the popularity of their track Tea Time, which was the current single at that time. In 2008 they released their first 'official' album MASTER STROKE, a fourteen track masterpiece which included an updated version of Tea Time, a bunch of new material and some songs they already had ready to go.

In 2010 they swapped labels and joined Glory & Honour Records along with their label mates on RebCo, Flesh Eating Foundation. 2011 saw the release of their follow up album NIL BY MOUTH, which went on to spawn the singles Early Morning Star, Broken Doll, Don't Make It Slow and Sleep Precious Sleep and which picked up 'BEST ALBUM' in the DSO Music Awards 2011.

February 15, 2020
I'm proud to say I'm a huge fan. A combination of erotica, deep tones and vibes which send shivers down your spine. If you want something different, you get it. If you want to feel emotion in more ways than any other band then these guys have it. Beyond brilliant. I highly recommend you to listen and BUY as what you'll hear will send you into a frenzy of lust.