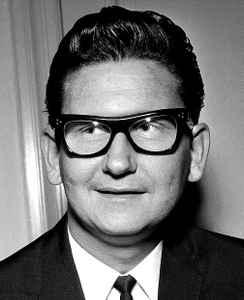 Real Name:
Roy Kelton Orbison
Profile:
US singer-songwriter, born April 23, 1936, Vernon, Texas, USA; died December 7, 1988 outside Nashville, Tennessee, USA. One of the few American artists to score significant British success during the "beat boom" of 1963-5, he made a comeback with the Traveling Wilburys shortly before his death at the age of 52.

beware us 45's from this artist ESPECIALLY WITH PS!: only buy when you can visually inspect the record