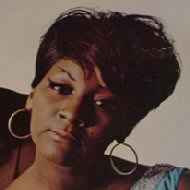 Clay started her career in the 1950s with gospel group The Drinkard Singers. She recorded several albums and singles from 1960 on but did not reach commercial success until the late 1960s. Her hit singles from this period include duets with Billy Vera ("Storybook Children" - 1967) and William Bell ("Private Number" - 1968). From the early 1970s on she mostly focused on session work and gospel music.