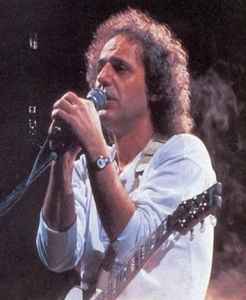 Real Name:
Βασίλειος Παπακωνσταντίνου (Vassilis Papakonstantinou)
Profile:
Singer, songwriter [Music, Lyrics], guitar player and owner of Rain Music (2). Born on June 21, 1950 in the village near Vasto Arcadia Megalopolis, Greece. His childhood was spent there (up to 7) and some of these experiences made them songs like "Sling". In 12 years he got his first guitar. Later he participated in various bands of the season where he made his first musical steps. The first band, who sang in Italian verse in various clubs, named CROSSWORDS .