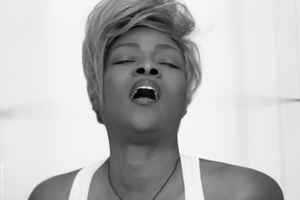 She is the niece of Maxayn Lewis a former Ikette who guided and encouraged China's vocal talent by exposing her to projects for such producers as Don Was, the late Jheryl Busby (MCA) and Tom Dowd.
Sites:
playlist-webradio.net
Aliases:
Chynna Blue, Chynna Leonard
Variations:
Viewing All | Chynna
Chyna