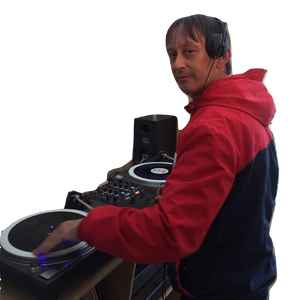 Real Name:
James Pritchard
Profile:
Kent based DJ Pooch started out as a scratch DJ at the age of 14 and within 4 years became a resident at Slammer in Gravesend. Residencies at World Dance, Reincarnation, Tribal Dance, Arcadia, Elevation and Desire then quickly followed. DJ Pooch started producing in 1992 under different aliases and released material on his own Cut and Run label, and under his Skrufneck moniker. Releases on Impact followed shortly after.

By 1997 DJ Pooch was no longer playing or producing. After being locked in the studio for a couple of months and living on doses of Armand Van Helden he came up with the Speed Garage track Let The Bass Roll. This was followed by Tonights The Night and Burning Up.
Sites:
Bandcamp
Aliases:
James Pritchard, Suburban State, Superfreaks
Variations:
Viewing All | DJ Pooch
D.J. Pooch, DP, Pooch