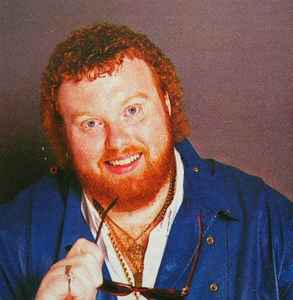 Real Name:
Steve Walsh
Profile:
The larger than life 'London Radio' DJ who was best known for his cover version of 'I Found Lovin' ' and 'Ain't No Stopping Us Now', and also for the now legendary chant of 'You Wot!, You Wot!' as he entertained the crowds who came to see him perform.
Sadly and very prematurely he died on July 3th 1988 at the age of 29, after being injured in a car crash in Ibiza. He returned to London where he underwent further surgery on his injured leg, but then suffered a heart attack and died.

A great loss to the underground dance world - saw him play at the Best Disco In Town at the Lyceum when it used to be broadcast live on Capital radio from midnight until 2.00 around 1983/84 And just before he passed away he had just started dropping in to check out the wild goings on at the earliest acid house parties in London. I think he’d have been a massive figure in the London acid house scene that started to take over the world in 1988/89 if he’d have lived. He always spun the sounds that mattered and a massive late 1988 or summer of 1989 M25 rave with Steve Walsh doing his stuff would have been made a unique experience even better. A true larger than life personality of the scene. And loved by all the serious clubbers in London and the South East.

legend in the south east back in the days when DJ's used the mic and the turntables!