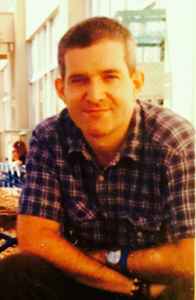 Real Name:
Ian O'Brien
Profile:
Originally a UK music scholar, O'Brien was deeply influenced by the Detroit techno sound of the likes of Underground Resistance, a sound which made him decide to start recording his own music. This feverish 'Mad Mike disease' had him producing tracks first in conjunction with Asad Rizvi under the Memory Tree moniker and then on a solo basis for a variety of UK Techno imprints.
1997's Ian O'Brien Productions* - Desert Scores, the man's masterpiece, is still considered a landmark release by those who cherish the kind of Tech-Jazz pioneered on the Galaxy 2 Galaxy EP.
Two more albums for UK Peacefrog records followed, and in 2013 two new albums 'I was there' and 'Understanding Is Everything' were released on Japan's Ultravybe records and Ian's own label Ian o'Brien Productions. In stark contrast to his earlier work, 'Understanding Is Everything' relies almost totally on live performances and improvisations, with Ian playing keyboards, synths, guitar, bass and percussion as well as contributions from guest artists.
He lives in Tokyo, Japan.
Sites:
midnightsunshine.com, Bandcamp, Facebook, SoundCloud
Aliases:
Djenga, Querida, Wideo Kids
In Groups:
Memory Tree, Super-A-Loof, The Beauty Room
Variations:
Viewing All | Ian O'Brien
I O'Bass, I. O'Brien, I.Obrien, Ian, Ian O Brien, Ian O' Brien, Ian O'Brian, Ian O'Brien Productions, Ian Obrien, O'Brien

So underrated I think I will say it again, one of techno's most underrated artists and how he still isn't recognised as the true genius that he is, is an absolute crime.

March 14, 2015
One of techno's most underrated artists.
Reply Notify me 7 Helpful