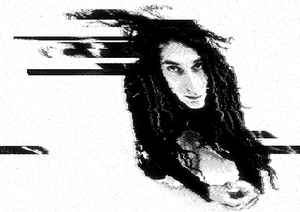 Profile:
Aaron Spectre is an American musician who works in several genres, using a hybrid of analog and digital processes. Raised in rural Massachusetts in a family of engineers and scientists, he was experimenting with computers from an early age, as well as playing drums in hardcore bands in the area’s burgeoning heavy music scene.

However, the worlds didn’t meet just yet. Aaron first discovered electronic music while living in New York City, making ambient, drum & bass, and jungle music at local venues. Eventually he moved to Berlin and started playing shows all over Europe, coming up from squats to clubs to festivals, building a devoted following in the process. He released a host of records to critical acclaim, and has since toured the world several times over.

Drumcorps is the merging of Aaron's roots in heavy guitar music with concise songwriting and a broad electronic sound palette. Everything else is called Aaron Spectre. In 2007 the debut Drumcorps album received an award of distinction from Austria's Prix Ars Electronica, for its hyper-melding of American hardcore punk and electronic music. Recently Aaron has been based in Amsterdam, working in genres such as glitch, chiptune, drum & bass, jungle, and electronic punk rock.
Sites:
drumcorps.co, Bandcamp, SoundCloud, Twitter, YouTube, drumcorps.tumblr.com, Facebook, instagram.com
Aliases:
Air Inspector, Drumcorps
Variations:
Viewing All | Aaron Spectre
A. Spectre, Aaron