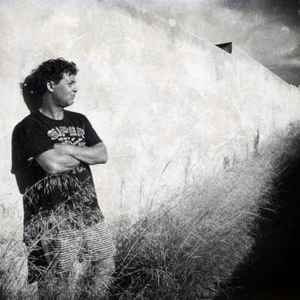 Real Name:
Allen Saei
Profile:
He started recording in 1990 for Sheffield label Ozone Recordings under the name of Panic with a release called Voices Of Energy, which was then licensed to Buzz in Belgium.
Aubrey set up his own label in the same year - Solid Groove Records, the label had 30 vinyl releases over thirteen years and tracks were licensed by Derrick May, Terry Francis, Pete Tong, Adam X, and Carl Cox.
As well as this he ran four other labels - Textures, Dark, DOT, and Cheap Knob Gags.

At the age of twelve he became an avid bedroom DJ which taught him the skills that have taken him through a successful and professional career spanning twenty-two years. From his first residency at the Portsmouth club Central Park at eighteen, he soon found himself in London spinning next to Carl Cox, Groove Rider, Colin Dale, Mr. C etc, at such raves as Energy, Raindance, and clubs such as The Astoria, The Gardening Club, The Pirate Club, The Marquee, Turnmills, Deep Space, Ministry Of Sound, Mr. C’s Release partyies and residencies for Fantasy FM and the famous south coast club Sterns.

May 27, 2017
Apart from the Detroit and Chicago Big Boys there is no techno producer of whom I have so many records in the vinyl archives. From 1997 until 2001 he was unbeatable for deep and soulful slabs of cosmic techno. If needed he could bang it out seriously, too. Would that the techno producers of today be that versatile. A legend and indeed criminally undersung.

We should all be put to jail or at least be fined for the crime we have commit: neglection. Aubrey must be one of the most criminally underrated techno/tech-house producers ever. Allen Saei is already operating since the beginning of the nineties and keeps a steady flow of productions ever since and thank you for that. People never realize how important producers are. As Mike from Detroit once said to me: Without producers No DJ's! Producers create the weapons for a DJ, remember that. It's a pity that producers like Carl Cox & Stacey Pullen stopped producing when they reached DJ superstar dome because they will get booked anyway. On the otherhand when dj's get very high profile they simply don't have the time and concentration any more to create music. These days a production is your contact card to the worldstages and not something that to live off.

Allen started great labels such as “Solid Groove” (with Mark Ambrose)some of the finest timeless UK techno. ”Textures” some of the best tech-house around and most recently “Dark” as the name implies 3:AM Tool techno. “Dot” which is deep, dubby, warm and sweaty techno with hints of the Windy & Motor City.Tip: Listen to Dot 4 (Aubrey Mix) deepness at another level. He also did releases on legendary labels such as Ostgut-Ton, Mosaic, Skudge and Ferox. Every so called DJ should at least have one Aubrey EP in his record bag.

When thinking of that his career spans already for almost 25 years you see/hear that the man keeps reinventing himself time after time. This without getting poisoned and distracted by all the hypes and trends over the past years in the electronic music landscape. He is a pioneer in the tech-house genre, all though a dirty word these days because a lot of DJ’s play functional tech-house which they call house. Aubrey created pure tech-house: the beautiful birth child of House and Techno. Always full of elation and energy and gets you (when used correctly) in a deep trance state. The last couple of years he is been DJ-ing more frequently through out Europe and is getting more and exposure out of the UK Underground scene.

Allen Saei got his name Aubrey from a 1980’s UK cartoon series about a small round orange character who had many different adventures.