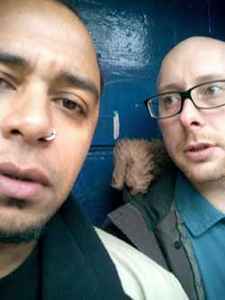 Profile:
In various incarnations the duo have gone through "post-disco soul", to hip-hop, to rave, before finally settling on breakbeat, in the space of 20 years.

Nick Slater first met Kevin Lancaster in the early 80s, the pair starting out in cover bands and DJing at school discos. Their performances then progressed to production when they teamed up with Rayan Gee to form Shades of Rhythm.

Moving on from Shades of Rhythm, Nick and Lanx formed Drumattic Twins initially as a record label to release their own material.