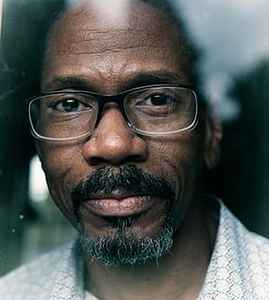 July 5, 2021
One of the most important figures in the original House music scene. I first heard him via Real Ibiza 2 with "Precious Tears", which put him in my mind as a Chillout producer, but in later years I learned he was so much more than that. Larry has roots in the early years of Acid and Chicago House, with the more melodic and dream-like variations on the latter being my favourite.

His Mr Fingers albums "Introduction" and "Back To Love" are fantastic and brought my attention to a whole new sound. With such a rich catalogue of music, it's difficult to pick out certain favourites. I would recommend anyone go through his albums and see what grabs you. I'm happy to see he's still producing today, and has even remixed some familiar modern names like Dua Lipa and Lana Del Rey.
Reply Notify me Helpful

February 12, 2021
The man is a genius of our time. The forefather of a generation. God bless you Larry.
Reply Notify me 2 Helpful

You have Michelangelo, Leonardo da Vinci, Nikola Tesla, Nostradamus, Rembrandt van Rijn and I could go on. They are all geniuses in their own fields and changed it single handedly on their own with their own vision. Am i overreacting? Maybe, that’s for you to decide but there is only one Larry Heard. The chicagoan who owns the nickname: “The man who made house music deep”. The EP "Washing Machine & Can You Feel it" was released in 1986. There is no other record with that age coming close to the geniusnes of what it still is today. An age-less record that gave birth and inspired so some many other great records. This was the bassline of Deep house the starting point as you will when It got serious.

His releases always have that warmth which feels like seeing a good old friend after many years. Everything he ever made has been made with so much craftsmanship they I can say hands down that there is not a single filler on any of his albums or EP’s. He touches all area’s of the deep with elements of Techno, Dub-Techno, Hip Hop, Ambient, Jazz, Drum n bass, Acid house and what not. Around 2006 Larry lost his faith in the music industry and retired and destroyed many of his DAT’S!. If it wasn’t for Clone Records head honcho Serge to convince Larry to make a comeback he would never release again. Luckily Serge could convince him and after a hiatus of 10 years Larry puts out great music again since 2016. Since then all his release are again other worldly with a modern twist to it when he investigates the outskirts of all deep electronica. His track: Mr. Fingers – Qwazars from 2016 (His come-back EP!) even was voted in the best tracks of the decade list by resident advisor 2010-2019. Larry is also a man who got severe tinnitus in the summer of 2012 which almost make him stop DJ-ing or playing live forever. No matter the circumstances he also said he would be producing until his last breath. Luckily the medical developments didn’t stand still in the field of tinnitus and somehow he kept touring and even played live as Fingers INC.

I already seen Larry DJ a rare set in Rotterdam on a Friday in 2007. My second time came at the last day of the best electronica festival in the world Dekmantel in 2017. Larry would do a Live-PA as Fingers Inc. As many dek-goers know you sometimes have to do a heart breaking decisions in the Timetable. Fingers Inc was in the same time frame as the legendary German D.A.F but I choose to see Finger INC. It was almost a spiritual experience of the perfect live-set on a perfect summer night(you know who is one of the House-Cats ;0)), it brought tears to my eyes. Even though I know now that I won’t see D.A.F ever Live again after the passing of Gabi Delgado in March of 2020. Larry please don’t ever stop creating music and keep inspiring the next generation of (Serious!) producers. Nobody else will ever carry the name: The man who made house deep that will be yours forever with no questions asked. Thank you until infinity and beyond.

September 7, 2018
Listening right now to "Night Images", God bless this outstanding artist. Larry, If you are reading this, all the best to you and your close ones. You are just a hero to me and many others!
Reply Notify me 1 Helpful

April 29, 2017
In the dark ages of instant fame, dance floors filled with iphones, and generic music produced in 5 minutes on the train to the office you'd want a bit more kids to be inspired by LH. From the early gems like "mystery of love", thru "Glancing at the moon" and "feathers floating" to the recent "outer acid" ep LH is continuously delivering invalueable "food" for your imagination - or "soul" if you believe in having one. A proper role model if you asked me.

I've been trying to think of a way to write a comment on Larry Heard without sounding like a sad trainspotting fan. I can't. Larry Heard's music is great, and every dance music enthusiast, in fact everyone, should have a listen. If you think that electronic music has no soul, then prepare to have your mind changed.