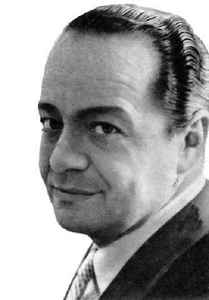 Real Name:
Carelli Gábor
Profile:
Gabor Carelli was a Hungarian classical tenor who had an important career
in operas and concerts in North America during the mid 20th century.
He was notably committed to the Metropolitan Opera in New York City
from 1951 to 1974 where he gave a total of 1,079 performances.
Born 1915 in Budapest, Carelli was the son of an Italian father and a Hungarian mother.
Died 22 January, 1999 in Manhattan, New York.
Sites:
Wikipedia
Variations:
Viewing All | Gabor Carelli
Carelli, Carelli Gábor, Габор Карелли