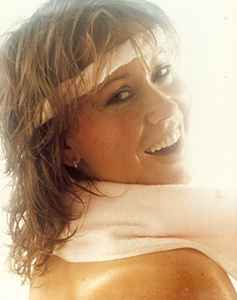 Real Name:
Agneta Åse Fältskog
Profile:
Singer and songwriter, best known from ABBA.
Fältskog was inducted into the Rock and Roll Hall of Fame, as a member of ABBA, in 2010.
Born on April 5th 1950, Jönköping, Sweden. Daughter of Ingvar Fältskog.

Fältskog released her first single in 1967, followed by various hit singles and four albums, in the period before ABBA. In 1968 Fältskog released several singles in German, many of which were written and/or arranged by Dieter Zimmermann, to whom Fältskog was also briefly engaged. In 1971, Fältskog married Björn Ulvaeus. Ulvaeus produced most of her 70s solo material. From their marriage came daughter Linda Ulvaeus and son Peter Christian Ulvaeus. The couple separated in 1978.

Fältskog became one of the four members of the pop group ABBA in 1972. Although Fältskog had penned a great deal of her solo material, she only contributed to one ABBA song, "Disillusion" from 1973. Fältskog's performance of her "I'm Still Alive" in 1979-80 ABBA concerts wasn't officially released until 2014. During her time with ABBA she released the "Elva Kvinnor I Ett Hus" album, the compilation "Tio År Med Agnetha"; and a Christmas album with daughter Linda.