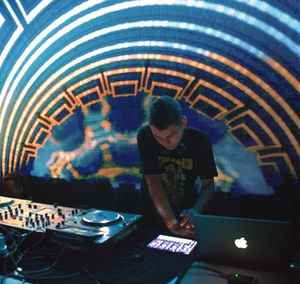 Gustavo Manfroni was brought up dedicating his time and interest completely to music. He's been playing the guitar since his early days. He played in 2 rock bands, up to the day when, during a trip to London, got in touch with the psychedelic trance music.

The interest in electronic music grew fast and, in the end of 1999, started buying softwares for producing music.

With an individual style focusing on strong warm basslines and textured, psychedelic leads, it breaks away from the standard full-on, representing a new, fresh direction in dancefloor music.

Already with three acclaimed albums, 'Broken MP3', released on Brazilian label Vagalume Records in 2005. His storming second album, 'Passing Clouds', released on Alchemy Records in 2008 and his third album ‘Beyond Known Space’ released on 2014, that takes you on a journey beyond the realms of imagination and into the pure unknown.

Gustavo together with Swarup and Zumbi, released the self-titled artist album "The First Stone" in January 2006 and their second album early 2010.

The unique blend of classic sounds and smooth vibe will take you back to where it all began and prepare you for this new adventure, through and beyond the limitations of our conscious minds. Now sit back and prepare to fly!

For any other information, please visit: