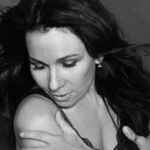 Originally from Lima, Peru, her career began at the age of eight with a starring role in a Peruvian television show called "El Tío Johnny". As a teenager she was sent to Argentina and Germany to take voice, violin, and piano lessons before relocating to New York City and briefly performed as a dancer with Jo Jo’s Dance Factory and Menudo. Noël moved to Los Angeles in 1989, and in the early 1990's she formed Cecilia Noël And The Wild Clams.