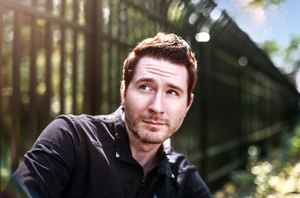 July 3, 2015
Such a creative and unique artist! His sound and lyrics are one in a million.

January 2, 2010
Postal Service light, if you will...
The songwriting is somewhat commercial, but still not bad at all, although the frenetic over-use of the vocoder as well as the style of singing tends to prove very repetitive. It's very nice and cozy for one song in a flowing mix, but to listen to a complete album of this makes my brain feel mushy.
See 2 replies