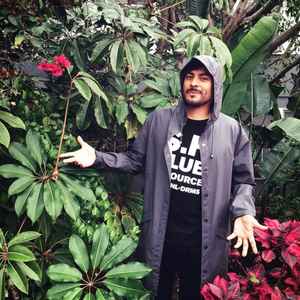 Based in San Francisco, coming from a family of a jazz musicians, Marc had some formal training and played drums for five years and piano for three years, also trying out a few other instruments. His biggest inspiration came through a brother, though, who introduced him to mixing and beatmatching, and Marc finally saw a sampler as a superior artistic tool combining all sounds and providing a creative freedom not available with a full commitment to one particular instrument.

Largely influenced by hip-hop, he often mentioned such artists as Pete Rock, KRS-One, and The Pharcyde, alongside with anyone from Cajmere to Moodymann amongst his influences.

He released his first full-length album "Open Wide" (2008) on French label Circus Company, which has been releasing most of his records since the debut "The Unorthodoctor EP" (2003). Every single sound on the album originates from his mouth; no other sources were used. It became a huge success, highly praised by critics and nominated for the prestigious Preis der Deutschen Schallplattenkritik.
Sites:
Facebook, SoundCloud, instagram.com, ra.co, Bandcamp, Twitter, open.spotify.com, circuscompany.fr, lovecity-central.com
Aliases:
Marc Barrite
In Groups:
Kamm (2)
Variations:
Viewing All | Dave Aju
D. Aju, D.Aju

So far so good, Dave Aju has released nothing but gems. Uniquely gritty minimal tech stylings perfect for the Circus Company & Boogizm fanatic. Minimal but memorable. It maintains a distinct identity amongst the plethora of upcoming minimal artists.