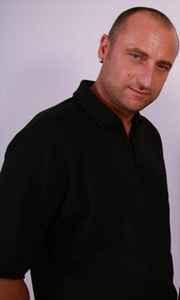 Dubbed the "Godfather of Rave" these days, he was one of the key figures in the development of the early UK Rave sound as well as helping create Jungle and Happy Hardcore. He co-owned Awesome Records, owned the SMD and Universal labels, was signed to XL Recordings alongside The Prodigy, and has worked very closely with Ministry Of Sound over the years. These days Matt runs his own successful brand / label called "World Of Rave".

Resident DJ for Raindance since 1989 and then from 1991 Fantazia, Helter Skelter, Dreamscape, World Dance and tons more, he still plays all over the world on a regular weekly basis headling club events and some of the biggest Festival arenas around the globe...

May 15, 2011
I will never forget in 1994 at Rezerection Event 2 outdoor event when Slipmatt played. He was on right after Bass generator and right before Lenny Dee!
Slipmatt was the first dj to play the new sound of 4-beat happy hardcore in scotland and the Set was imo the best on that night but then Scotland was turning to the harder Dutch sounds and the breakbeats did not go down to well with some of the crowd :(
If i recall correctly there was 3 mc's in total throughout the set and at one point one mc looked and sounded just like Mr Motivator from gmtv!!
A legend of a dj to the hardcore scene.
Reply Notify me 5 Helpful

Slipmatt may have left the new hardcore scene but his old skool sets are brilliant. If you want to get a dose of the full range of old skool rave tracks (from the housier end through to early D&B) then check out one of his compliations or a live set. When Radio 1's One in the Jungle did an old skool show they got Slipmatt to do the mix. Need I say more!

some people may slag slipmattt for deserting the " scene" but in the time in 93 when the hardcore scene was splitting between drum & bass and hardcore, slipmatt was playing the tunes that mattered! He kept the harcore vibe going! As for his mixing,it was tight and never overcomplicated with few mistakes!

I don't think the comments above are at all justified really...Slipmatt produced many of the hardcore scene's biggest tracks through remixes in 1994 and 1995 - Take Me Away, Incredible Bass, In Effect, Crowd Control...and he at least tried to do something fresh and bring breaks back in when things became stale in 1997-1998. So he lost interest and dropped out of hardcore - fair enough surely, I mean why do something you don't have a passion for any more? Its a style of music, not a religion. And his sets were excellent, his tune selection was spot on! I'd say his "hardcore godfather" title IS pretty much justified.

April 17, 2002
And he also got bored of hardcore because it abandoned breakbeats and because let's face it, it became music for 15 year old kids and he was old enough to be their father.
Reply Notify me 11 Helpful